You have rights. Here’s how to use them.

You have the right to join a union in BC. And if your employer tries to sway your support for a union, you can challenge them at the Labour Relations Board (LRB) with the union at your side.

You are protected by the Labour Code the moment a union organizing drive starts. The Code is your legal shield. It allows your union to lodge complaints on your behalf, even before a union vote and before you pay dues. When they receive a complaint, the Labour Board often assigns a third-party Special Investigation Officer to help the union and employer resolve the dispute informally. If the complaint cannot be resolved informally, it moves to a hearing.

Below are typical scenarios, pulled from the B.C. LRB’s website, that can be challenged with a union complaint:

Your manager starts calling you and your coworkers at home.

Your employer pulls you into one-on-one meetings.

When your employer does either of these and starts asking you about the organizing drive, or how you plan to vote, or bashing the union, be wary. Talk to the union you're working with about potentially filing a complaint.

Can I be fired for unionizing?

The Code bans employers from firing, threatening to fire, suspending, transferring, laying off, refusing to hire or discriminating against workers for wanting to participate in, promote, support, or form a union.

If your manager or supervisor is singling you out and changing your working conditions shortly after you’ve started talking about unionizing, or around the time you signed a petition, talk to us about filing a complaint at [email protected]

UFCW 1518 has won many workers their jobs back after they were unfairly fired. Read the success stories here.

My employer is bribing me. What do I do?

Talk to a union organizer about filing a complaint. Your boss cannot offer you benefits, bonuses, pizza parties or any perks in exchange for voting against a union. Bribes like this are not only in violation of Section 6 of The Code, but they’re also a weak attempt to try and make you accept less than you are worth.

But who wants small perks in place of permanent protections anyways? Without a union, it’s harder to negotiate a good contract, and without a good written contract, you have no say over your pay, benefits, health & safety and more – the boss can go back on a promise or cut your pay and benefits whenever they like.

If you and your coworkers vote to join a union, your employer is legally obligated to negotiate a contract with you, which gives you the power to get what you deserve.

Can I be punished for dealing with the Labour Relations Board?

The Code protects you when your union files a complaint on your behalf or when you participate in other activities at the Labour Board, including:

What are employers not allowed to do in response to your participation in the above? 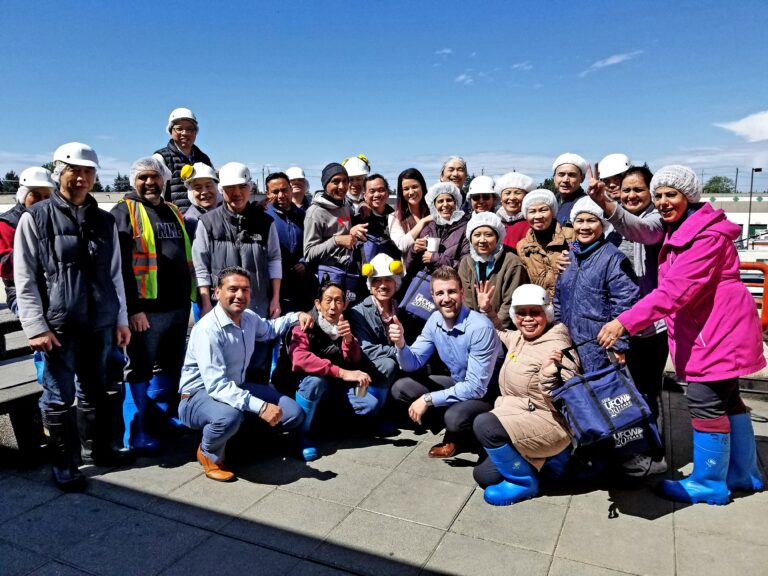 Unions have your back

While all workers do have rights, remember that until you are a union member and you have a contract, you are still vulnerable.

During an organizing drive, it’s critical that you only “talk union” and participate in union activities, such as petition signing, rallies and more, on your unpaid breaks or before and after your shift. That way your boss doesn’t have an excuse to punish you.

While employers can get emotional when their employees start the process to join a union, they only rarely stoop to illegal behaviour that violates the labour code. That’s because the penalties and legal costs are very high – they’re designed to be so that employers are discouraged from violating workers’ rights.

If you decide that you want to fight for fairness at work by joining a union, know that we will stand with you and help you every step of the way. All you need to do is hold your head up high, stick to your values, and pull together with your coworkers to create a better workplace.

Workers at Sointula Co-Op sent in a ringing endorsement of a new collective agreement that will bring major improvements to their workplace.

100% of voters said “yes” to the new contract. These retail workers came together and bargained hard for important contract gains, including:

“The bargaining committee at Sointula worked hard to get major improvements that will help with the increasing cost of living,” said UFCW 1518 Negotiator Stephen Portman. “They showed what workers are capable of achieving when they stand together and demand better.”

Congratulations to workers at Sointula on their new contract and a big thank you to Bargaining Committee members Janet Pohto and Monty Hals.

If you work in retail and are interested in improving your workplace, learn more at ufcw1518.com/join-us.

Do you want a say in your wages, health & safety, work-life balance, dress code, mental health, schedules, staffing, overtime, and how management treats you? If so visit ufcw1518.com/join-us because you’re not alone. These are the kinds of issues that concern most employed people, regardless of their employer.

But nowhere are we seeing more of a push for justice than in retail. Grocery is no exception, where workers are taking control and designing the future of the industry, for the benefit of themselves, their families, and British Columbians, not the small handful of CEOs hoarding wealth at the top of the food chain.

At mega grocer Save-On-Foods, where the majority of UFCW 1518 members work, employees not only rose to the challenge of continuing to serve the public during a pandemic last year; they also raised the bar for industry standards, securing several protections in their new agreement, including:

Facing a giant — and winning — is no easy feat. It takes tenacity and a lot of determination, but it’s not the only success worth celebrating. As our members at small stores have shown, even a tiny workforce has big struggles and big aspirations and needs a union. During the COVID crisis alone, staff at two small, beloved, local boutiques joined UFCW 1518.

At Matchstick Coffee shops, the employees’ fight for fairness was a proxy for a much bigger battle brewing against sexism, racism and abuse, which would have been nearly impossible to crush without a union.

It all started when former baristas, bakers and other staff launched a private Instagram account to swap stories about their horrific experiences with the former owner. Then, in 2021, current staff joined the chorus, calling for real, lasting change. Their bold and brave organizing move to join UFCW 1518 paid off. In July of 2021, they negotiated a strong collective agreement that not only introduced better wages, a health spending account, and 3 weeks of vacation, but also Joint Labour Management Meetings to promote a more harmonious relationship between management and employees.

The organizing drive at Cartems Donuts was an entirely different story. When the bakery’s Vancouver staff came to UFCW 1518, they mostly agreed that Cartems is a pretty great place to work. That didn’t stop them from organizing though. And why should it? There’s always room to make a job better and fairer, and there’s always room for democracy in the workplace, especially at a shop that claims to be built on “smiles” and “conversation.”

A truly local business supports locals, which must include the staff that keep it running. Both the Matchstick and Cartems organizing drives prove that everyone should have a say in their workplace. Cartems is a reminder that workers need a way to hold their employer accountable to their values, while Matchstick is a reminder that just because a business promotes itself as artisanal doesn’t stop it from acting like the next big corporate chain. Only union power can do that!

As more shops — in particular, grocers — jump onto the “buy local, eat organic, self-care, think green” bandwagon, working people might find themselves in different situations, but the best course of action always is to unionize!
Are you a grocery worker and want to ensure local grocers support locals? Join UFCW 1518 at ufcw1518.com/join-us.

The year 2021 certainly had its ups and downs and despite many of the hardships and challenges, we have built momentum and accomplished so many things.

As we near the end of 2021, we want to look back and give you an overview of what we have accomplished this year and provide you with insight into what you can expect as we move forward into 2022.

After learning from the challenges of 2020, we picked up our speed in 2021 to continue to fight for our members. Here are some of the things that we accomplished during the first quarter of the year:

As we approach 2022, the pandemic continues and we may face additional restrictions in the coming year. And while COVID-19 continues to be a challenge, we are in awe of your resilience and the incredible work that you continue to do on the frontlines.

We have a big year ahead with a lot of exciting work to be done. With your engagement and solidarity, we are certain that we can continue to improve workplaces across British Columbia and the Yukon.

We hope you are enjoying the season safely with your loved ones and that you are staying healthy.  We are better and stronger as a result of a trying year and have much to look forward to in 2022.